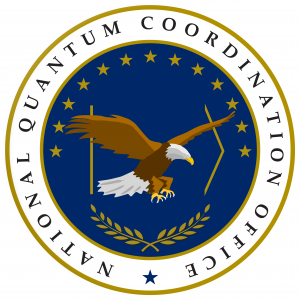 The NQCO staff are federal employees on detail assignments from across the government. NQCO staff serve as co-chairs of the various interagency working groups established by the SCQIS.

ABOUT THE NQCO SEAL 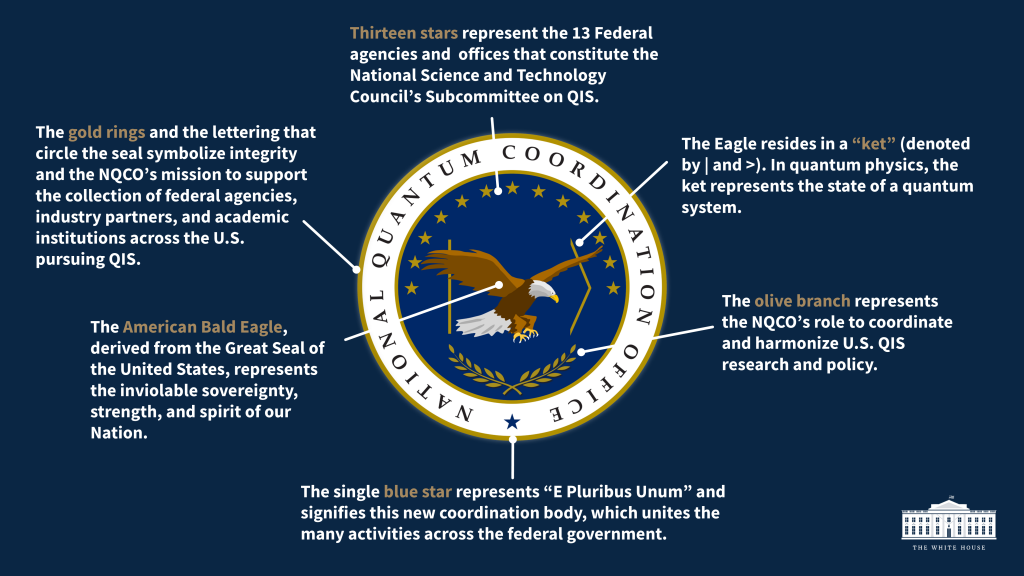 As a whole, the NQCO seal symbolizes the office’s commitment to promote scientific advancement in the Federal government and the private sector and to drive American leadership in QIS.

LETTERS FROM THE NQCO DIRECTOR

Perspectives on progress coordinating the National Quantum Initiative from across US QIS R&D activities. 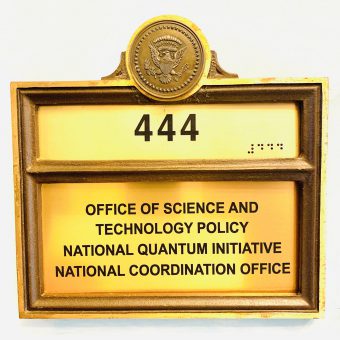 Assistant Director for QIS at OSTP, and Director of the NQCO

Dr. Tahan is on detail from the Laboratory for Physical Sciences where he drove technical progress in the future of information technology as Technical Director. Research at LPS spans computing, communications, and sensing, from novel device physics to high-performance computer architectures. As a technical lead, Dr. Tahan stood up new research initiatives in silicon and superconducting quantum computing; quantum characterization, verification, and validation; and new and emerging qubit science and technology. As a practicing physicist, he is Chief of the intramural QIS research programs at LPS and works with students and postdocs from the University of Maryland-College Park to conduct original research in quantum information and device theory. His contributions have been recognized by the Researcher of the Year Award, the Presidential Early Career Award for Scientists and Engineers, election as a Fellow of the American Physical Society, and as an ODNI Science and Technology Fellow. He continues to serve as Chief Scientist of LPS.

Dr. Tahan earned a PhD in Physics at the University of Wisconsin-Madison in 2005 and a B.Sc. in Physics and Computer Science with Highest Honors from the College of William & Mary in 2000. From 2005-2007 he was a National Science Foundation Distinguished International Postdoctoral Research Fellow at the University of Cambridge, UK; the Center for Quantum Computing Technology, Australia; and the University of Tokyo, Japan. He served as chief technical consultant for quantum information science and technology programs in DARPA’s Microsystems Technology Office (MTO) while at Booz Allen Hamilton from 2007-2009. He has a long-term commitment to science and society including creating one of the first games meant to build intuition about quantum computing.

Deputy Director for the NQCO

Gretchen Campbell is the Deputy Director for the National Quantum Coordination Office at the White House Office of Science and Technology Policy, where she helps coordinate QIS programs across the Federal Government. Campbell is on detail from the National Institute of Standards and Technology (NIST), where she is the co-director of the Joint Quantum Institute, a joint institute between the University of Maryland and NIST, and the Group Leader for the Laser Cooling and Trapping group in the Quantum Measurement Division at NIST. She is also an Adjunct Professor in the Department of Physics at the University of Maryland. Dr. Campbell received a B.A. in Physics from Wellesley College in 2001 and received her Ph.D. from MIT in 2007. From 2007-2009, she was a NRC postdoctoral fellow at JILA and NIST in Boulder, Colorado. Dr. Campbell’s research has included a wide range of experimental work in the field of ultracold atomic gases. She is a fellow of the American Physical Society. Her awards include the Arthur Flemming Award (2012); the Presidential Early Career Award in Science and Engineering (2012); the Sigma Xi Katherine Blodgett Gebbie Young Scientist Award (2013); the APS Maria Goeppert Mayer Award (2015), and the IUPAP C15 Young Scientist Prize (2015). She was also a Finalist for the Samuel J. Heyman Service to America Medals, Call to Service category (2015).

Tanner Crowder is a Policy Analyst in the National Quantum Coordination Office at the White House Office of Science and Technology Policy where he works on infrastructure investments for quantum information science and technology. He is currently on detail from the Naval Research Laboratory, where he is a Research Mathematician with expertise in QIS and has served as PI on several QIS projects addressing challenges in error characterization and correction and performance analysis of quantum information processing systems. Tanner earned a B.S. in Mathematics and Physics from The College of William and Mary in 2008 and a Ph.D. in Mathematics from Howard University in 2013.

Quantum Liaison for the NQCO

Tom Wong is the Quantum Liaison for the National Quantum Coordination Office at the White House Office of Science and Technology Policy, where he works on workforce and outreach activities in support of the National Quantum Initiative and serves as the Department of Energy’s Designated Federal Officer for the National Quantum Initiative Advisory Committee. He is currently on detail from the Department of Energy, where he is a Program Manager in QIS in the Office of Science’s Advanced Scientific Computing Research program. Tom is on sabbatical from Creighton University, where he is an assistant professor of physics, and his research is focused on quantum algorithms, especially those involving quantum versions of random walks. Tom graduated from Santa Clara University, triple majoring in physics, computer science, and mathematics while minoring in urban education. Afterward, he served as an inner city high school teacher. Then, he earned a PhD in physics from the University of California, San Diego, followed by two postdocs in computer science at the University of Latvia and the University of Texas at Austin.

Please use the form below to connect with the NQCO on policy issues related to the National Quantum Initiative. The multiple choice categories are centered on the main policy areas of the NQI and help us insure that your comments are directed to the correct person.