(May 03, 2022) The computer you are using right now runs on an electron’s charge and ignores its spin, or magnetic, properties. For quantum computers, however, it turns out that spin is better at holding quantum information than charge. For a brief period in the 1950’s, the fundamental properties of an electron’s spin inside a semiconductor was one of the hottest topics in physics. Because my PhD research focused on spin-based quantum computing in silicon, I spent a lot of time as a graduate student reading papers from that era. I was amazed by the authors’ affiliations beyond academia: companies like General Electric, Bell Labs, IBM; and the back and forth movement of the authors between academia and industry. I grew worried that the days of mobility for physicists interested in science, business, and government impact would never come again. Thankfully I was wrong.

Today, there are venture-capital backed companies pursuing leading-edge and risky basic research. Large information technology companies have “aqui-hired” entire research groups out of universities. Whether you call it “fear of missing out” or just capitalism at work, it’s helping drive serious advances in the field of quantum computing. Like the court of King Ferdinand seeking opportunity in the new world, the wonders of macroscopic-scale entanglement—and what it could do for information processing—is compelling, and worthy of some measured bets.

Nurturing this nascent quantum industry is a key policy thrust of the U.S. National Strategy for Quantum Information Science (QIS). The bipartisan National Quantum Initiative Act of 2018 explicitly called on the National Institute of Standards and Technology (NIST) to create a quantum industry consortium. Of course, well before 2018 funding agencies understood that the engineering needed to combine maturing qubits into a usable system would require skillsets beyond physics and experience outside academia. The Defense Advanced Research Projects Agency (DARPA), the Intelligence Advanced Research Projects Activity (IARPA), and other agencies seeded many of the groups within these companies.

The commercialization of quantum information technologies creates a nexus of many competing interests and concerns: unbridled enthusiasm, great science and engineering, people development and deficiencies, international cooperation and security, the need and risks of a global supply chain. Part of the National Quantum Coordination Office’s job is to engage with the private sector and understand these issues.

On October 5th, 2021, the Office of Science and Technology Policy (OSTP) hosted a White House Summit on Quantum Industry and Society. The invitation from the President’s Science Advisor had three themes that highlighted the importance of industry:

Leaders from OSTP and the National Security Council discussed these issues in person with leaders from a range of QIST companies.  Focus sessions addressed the societal impact of quantum technologies, technical challenges to realizing applications, the need of STEM education to meet the growing workforce demand, and increasing America’s capacity to create quantum technologies. A readout of the event can be found here.

On the same day in October, the White House National Science and Technology Council (NSTC) Subcommittee on the Economic and Security Implications of Quantum Science (ESIX) released a report on The Role of International Talent in Quantum Information Science. The report highlights the critical role that international talent plays in ensuring a vibrant and successful U.S. research enterprise in Quantum Information Science and Technology (QIST), including the importance of close collaboration with foreign partners, while also stressing the importance of protecting the technology and expertise of the United States and our international partners. This need to balance the economic and security implications of QIST is why OSTP created the ESIX Subcommittee in 2017 alongside the Subcommittee on Quantum Information Science, which was also legislated in the NQI Act in 2018.

In December, the President signed the National Defense Authorization Act (NDAA) for 2022, which among other things, formally amended the NQI Act to include the ESIX Subcommittee, thus ensuring its existence over the life of the NQI. The NDAA gives ESIX additional responsibilities including to assess the security implications of quantum investments and work across the interagency to formulate policies that consider the security and economic interests of the U.S. and its partners with respect to QIST.

The NDAA also included language calling on DARPA to investigate dual-use applications of quantum computing and people development programs within DOD. See the quantum excerpts of the 2022 NDAA here.

Acknowledging that the open challenges in QIST are too large for any one country to solve alone, we must continue to foster a competitive, yet open and fair global market that is based on shared principles. This fall and spring, the United States signed quantum cooperation statements with the United Kingdom, Australia, Finland, and Sweden, held a joint committee meeting dialogue with France, and engaged many countries in fruitful discussions. These steps will play a pivotal role in developing a trusted network well situated to ensure the balance between the economic and security implications of quantum science. Commensurate with these international engagements, the Quantum Economic Development-Consortium (QED-C) has begun accepting applications from non-U.S. companies from select countries, including Australia, Canada, Denmark, Finland, Japan, Netherlands, New Zealand, Norway, Sweden and the United Kingdom.

The QED-C offers a forum for industry, academia, and professional societies to keep informed on opportunities in QIS and engage in pre-competitive collaborations. The QED-C has been a tremendous success with participation from over 140 companies and many more universities and non-profit organizations. Notable accomplishments this year include publishing an analysis of quantum industry workforce needs based on a QED-C member survey, releasing a Guide to a Quantum-Safe Organization outlining cybersecurity threats from quantum computers and suggested actions, and launching the Quantum MarketplaceTM, aimed at promoting the quantum industry.  These resources have spotlight videos, a searchable directory of quantum-related products and services, and student highlights and presentations.

Check it out, and unlike me 20 years ago, don’t get worried – get involved! 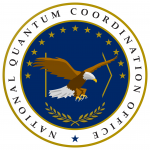