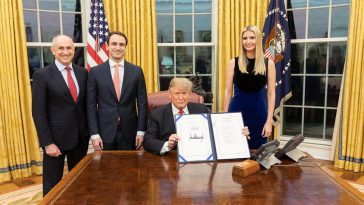 The Federal government has made tremendous strides in these areas and more, underscoring the importance of QIS to America’s future economic growth and national security.

In 2017, the White House Office of Science and Technology Policy (OSTP) named QIS as a national research and development priority for the first time ever. This kicked off a groundbreaking Federal focus on quantum, which led to the signing of the National Quantum Initiative Act and accelerated efforts to ensure continued U.S. leadership in the field.

Most importantly, the National Quantum Initiative is designed to harness the full power of America’s innovation ecosystem, bringing together the perspectives and strengths of government, academia, industry, and non-profits to drive American leadership.

Quantum information science continues to be a top emerging technology priority for the United States. Breakthroughs in the field will shape the future of health care, manufacturing, transportation, security, and beyond. We look forward to continued progress with the National Quantum Initiative and accelerating America’s leadership in quantum research, innovation, and discovery.